In October 2020, Bunnings announced plans to source 100 per cent renewable electricity by 2025, to help achieve its target of net zero Scope 1 and 2 emissions by 2030.

During the financial year, Bunnings delivered continued progress against its emission reduction targets, with emissions reducing by 11 per cent.

The reduction is attributed to energy efficiency initiatives and expanded generation of renewable energy. In addition, Bunnings purchased 30 per cent GreenPower for most large sites in Australia from 1 July 2020.

Bunnings continued to expand the network of solar photovoltaic (PV) systems. During the year, 21 sites had solar PV systems installed with 85 sites in total completed as at 30 June 2021. The total installed capacity of these systems is over 22 megawatts, equivalent to powering 4,500 households.

To accelerate energy efficiency across the store network, LED lighting is a standard inclusion for all newly built stores and is being gradually retrofitted across the existing network. During the year, LED upgrades were completed at 43 warehouses and 12 smaller format stores. At the end of the financial year, 191 warehouses, 25 smaller format stores and five trade centres were using LED lighting, equating to 58 per cent of the network.

During the year, Bunnings also installed next generation LED ceiling lights at the Bunnings Port Lincoln store in South Australia. Made from recycled CDs and plastics, it was an Australian-first retail installation and will roll out across a number of stores in the next financial year.

In February 2021, Bunnings launched a new trial store design at the new Bunnings Melton East store in Victoria. Design features include a highly-insulated roof with no skylights to reduce heat gain and loss, insulated walls rather than concrete panels to improve thermal efficiency and an insulated wall between the warehouse and timber yard to maintain the warehouse comfort levels with greater levels of efficiency. The store also has a 300 kilowatt solar PV system. The relative energy performance from these initiatives will be monitored to inform future store designs.

The focus for the next financial year will be to develop new pathways to reduce reliance on traditional energy by transitioning to renewable sources, with the aim to find solutions that benefit the business, customers and the environment. 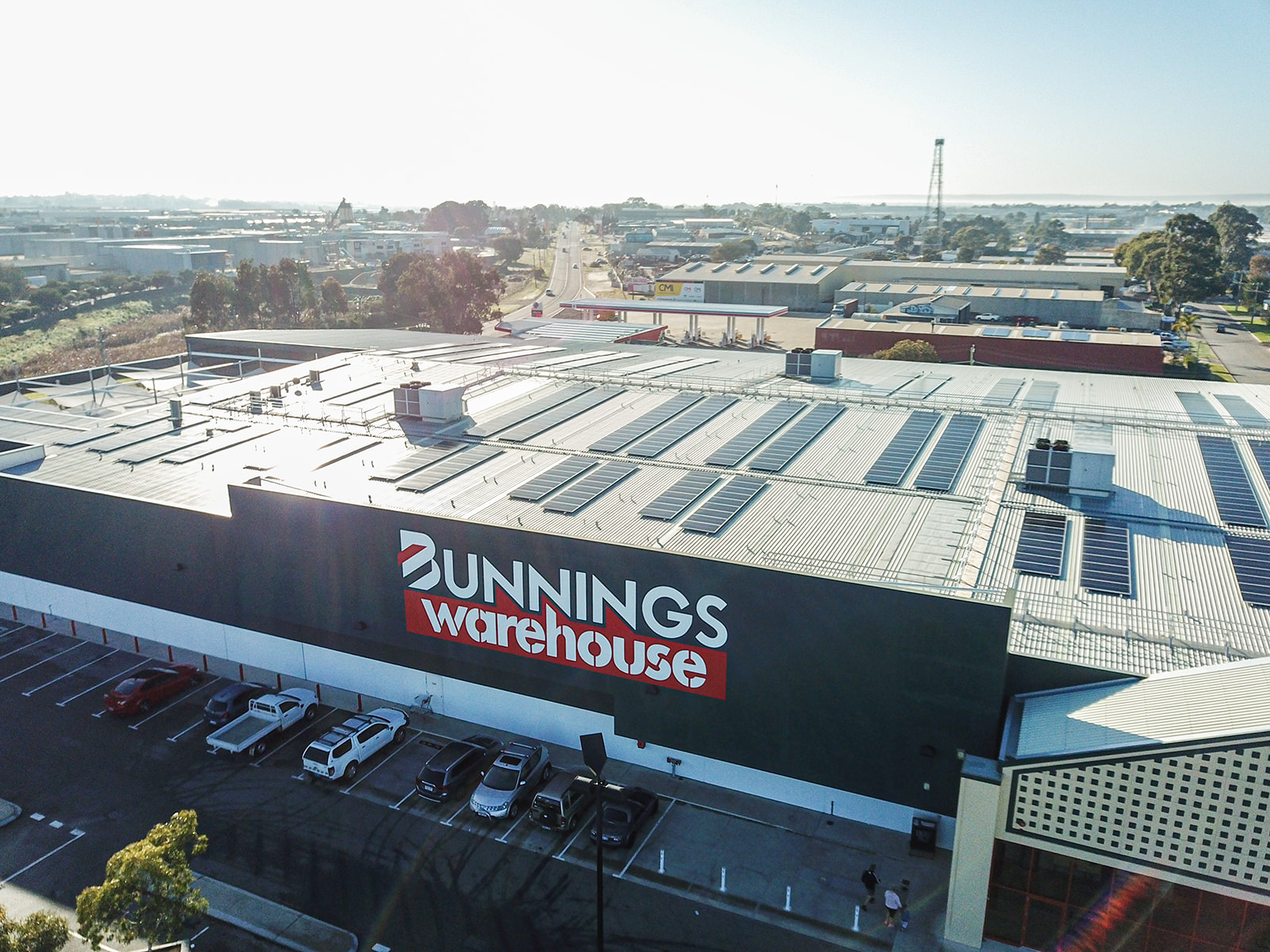 Bunnings commits to 100 per cent renewable electricity by 2025